The History of Vaping: Then & Now 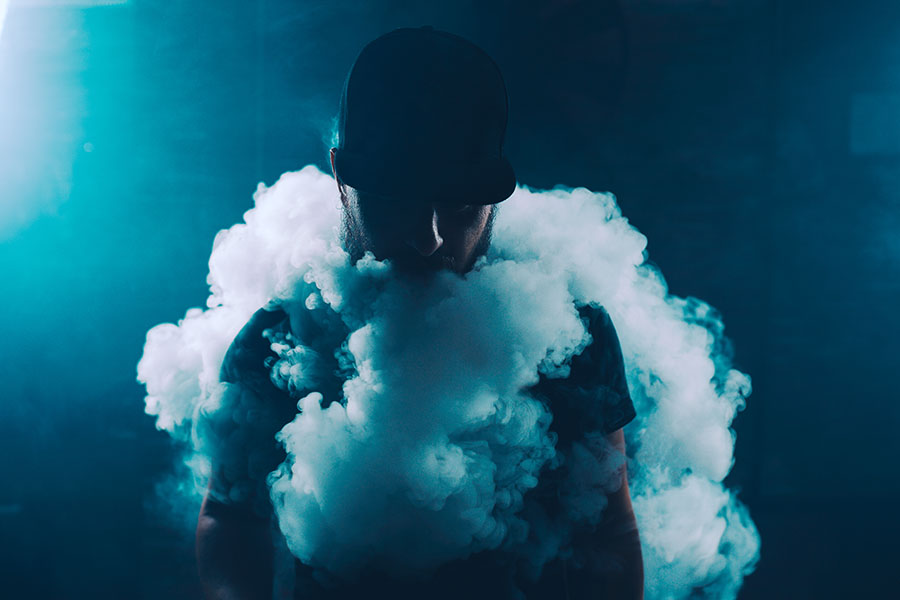 The vaping trend didn't just come out of nowhere. There actually is a long history that goes way back to before you saw people vaping tobacco and other cartridge-based substances on most street corners. Modern vapes were born out of a need to find an alternative to inhaling burnt smoke that was still enjoyable as a habit. Nicotine gum and patches were popular for those going through the trials of quitting smoking, but many say that it is "not the same thing" as the fix you get from inhaling tobacco or marijuana smoke.

A large amount of the popularity of vapes derives from the convenience and popularity of e-cigarettes. An e-cigarette and a vape are two different things, but no talk about the history of vaping can be done without also mentioning e-cigarettes. The first e-cigarettes were patented by 1930s inventory Joseph Robinson for use in vaporizing medicinal compounds with no record of prototype models ever been created past the patent. After this patent, no new major commercial developments occurred with e-cigarettes or vape technology until the 1960s and then the 1990s to 2000s. Of course, today, you have many an online vape shop that have been around for over a decade, to go along with the small vape shop businesses you see popping up in small towns and cities all over the USA.

Fast forward to the 1960s, when inventory Herbert Gilbert designed a vaporizer-type device that burned tobacco with zero smoke. Again, this product never reached the mainstream and was never mass produced or commercialized either. Until the 1990s, there really weren't many more attempts at vaporizing tobacco or other plant matter. The Volcano vaporizer for smoking weed began to appear on the scene, but it didn't become very well known until the 2000s. As the Volcano struggled to reach popularity, it nonetheless started a regular conversaion about alternative ways of smoking weed and tobacco.

The Volcano offered something that smokers of cannabis wanted - a more potent hit, a reduction in odors, and a novel way to partake in their smoking. This was the building blocks for the launch of the first real commercial e-cigarettes, which came from China in 2003 from pharmacist and inventory Hon Lik. His father had died after a battle with lung cancer, and in addition Hon Lik wanted a way to smoke that was less harmful than his own tobacco and nicotine addiction.

These first e-cigarettes were very straightforward in design and looked like permanent versions of real cigarettes. The trend slowly started to spread globally as people began to see e-cigarettes as less harmful to the smoker and less intrusive to the people around the smoker. An evolution began to create electronic devices that were more aesthetic and stylish. The first vapes were very different from e-cigarettes; they looked nothing like cigarettes, could be modified to produce large, thick clouds, and created a platform for development of modifications like the now hugely popular vape pods.

Hundreds of businesses now manufacturer and other their own vape products, or license technology from others. Modern vapes have split away from e-cigarettes so much that now some of the best-selling vapes and vape products now look like pen drives or flash drives. Since the 2010s, cigarette vapes and cannabis vaporizers have grown into their own subcultures and global phenomenon.